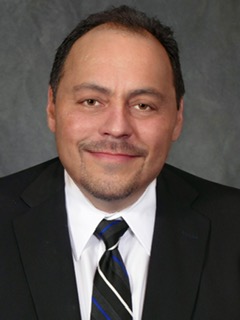 Jesús Manuel Vázquez is our newest attorney – he joined Indiano & Williams in January 2022.

After graduating from Penn State Mr. Vázquez spent the next seven years working at the Martin Marietta Aerospace Corporation in Colorado as a Guidance & Navigation Engineer on the Titan IV Space Launch Vehicle Program.  Mr. Vázquez then attended the University of Denver College of Law and while in law school he held clerkships for the Honorable John Criswell at the Colorado Court of Appeals and at the United States Attorney’s Office for the District of Colorado.

After law school Mr. Vázquez was a partner at two of Denver’s most well-respected firms, Rothgerber Johnson & Lyons and Messner Reeves, where he focused on complex litigation matters with an emphasis on intellectual property cases and where he developed a reputation as a tenacious, articulate, and persuasive advocate.

Recently Mr. Vázquez was Vice-President and General Counsel for UCANN Corporation, a Colorado CBD company, where he managed the company’s ground-breaking CBD patents and intellectual property portfolio.  As a result of his work at UCANN he was included as one of the “50 Most Influential People in IP 2019: Industry Leaders” by Managing Intellectual Property, December 4, 2019, and he was featured in the March 2020 issue of Hispanic Executive Magazine, March 23, 2020, “Jesús Vázquez is Bringing CBD to the People – Through IP Law”  https://hispanicexecutive.com/jesus-vazquez-united-cannabis-corporation/