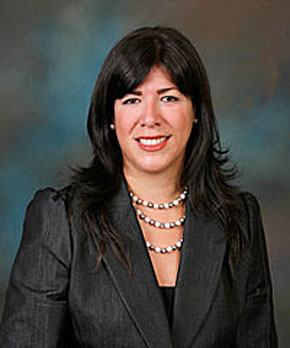 Ms. Vicéns was born and raised in San Juan, Puerto Rico. In 1997, she obtained the degree of Bachelor of Arts, Magna Cum Laude, from the University of Puerto. There, she concentrated in American History and received the “Historian Dr. Leví Marrero” Medal for highest overall GPA for a History Major in the Class of 1997. In 2000, Ms. Vicéns obtained her Juris Doctor Degree, from the University of Puerto Rico School of Law. While in law school she studied a semester abroad at UCONN School of Law, and clerked for the summer for the Hon. Flemming Norcott Jr., Supreme Court Justice for the Supreme Court of the state of Connecticut.

During her law school years, Ms. Vicéns also worked as a Summer Associate at Fiddler González & Rodríguez, LLP. After graduating law school in 2000, she began working as an Associate for Gonzalez Muñoz Law Offices, P.S.C., becoming Partner to the firm in the year 2005. During those years she provided continued responsibility as in-charge of representing clients in general civil trial and appellate litigation in matters mostly related to Labor and Employment Discrimination, Medical Malpractice, General Torts and Public and Municipal Law. In late 2006 she moved into the public service, when she was appointed Director of Legal Affairs within the General Litigation Office of the Puerto Rico Department of Justice, in charge of the legal and administrative supervision of Unit I, where she also engaged actively as lead counsel in high profile and complex litigation cases in which constitutional, civil rights and public policy issues were involved.

Eventually, in 2008 she was recruited by CEMEX Puerto Rico as In-House Labor and General Counsel, where she provided legal counseling and representation to this multinational company in local judicial and administrative forums in claims related to Labor Relations and Employment Discrimination, participated in the negotiation of several collective bargaining agreements with its unions of employees, as well as provided legal support in the areas of Contract Law, Commercial litigation, collection cases, and general Immigration Law issues.

Prior to joining Indiano & Williams, P.S.C., Ms. Vicéns took a sabbatical and spent a year in Montpellier, France where she obtained a Diploma in French Studies from the University Paul Valery. While abroad, Ms. Vicéns not only immersed herself in the local French culture, but also had the opportunity to travel extensively throughout Europe and to interact with people from very diverse cultural and linguistic backgrounds. An experience which has enriched her both personally and professionally.

Ms. Vicéns is a notary public, and is admitted to practice in the Commonwealth of Puerto Rico, in the U.S. District Court for the District of Puerto Rico and in the U.S. Court of Appeals for the First Circuit. She is a member of the American Bar Association.